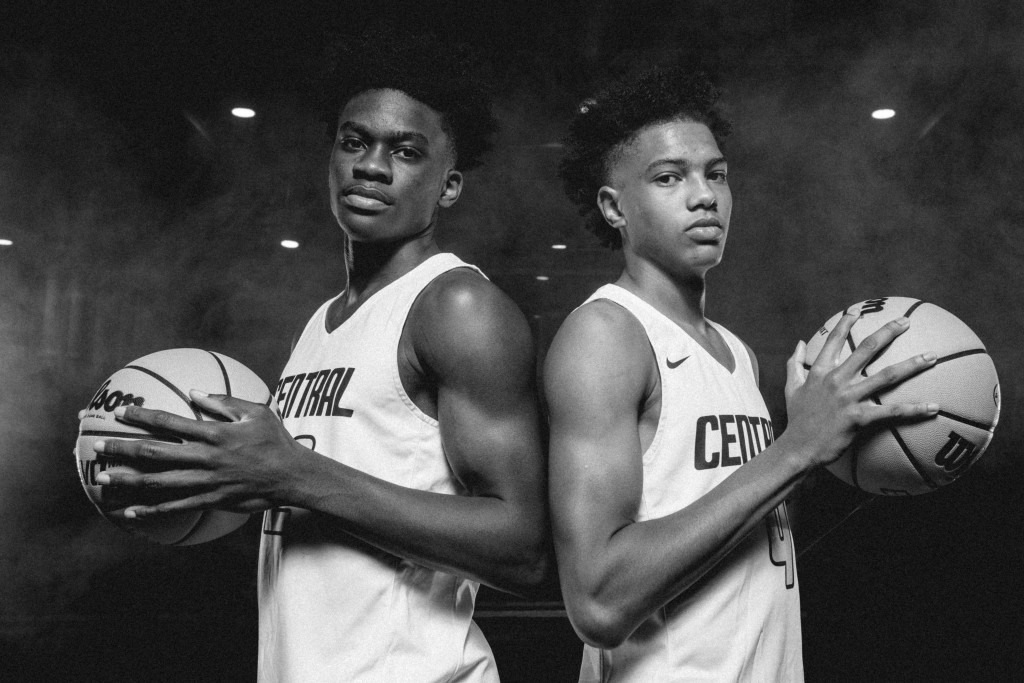 With one game remaining in January before we head into the final month of regular season basketball, Little Rock Central (15-3, 7-0) is trying to stay ahead of creeping North Little Rock (12-1, 6-1) in the 6A Central.

The Tigers have won their previous four contests by an average of 20+ points per game and are looking to be one of the favorites after being named co-state champion with Conway last season.

The scary part is, to go along with a young player like Warren, you’ve got a proven veteran group led by seniors CJ Camper, Hudson Likens, and Kiyler Hudson. Camper is right behind Warren in scoring averaging 15.2 PPG to go with 5.5 boards, Likens adds 10.2 PPG (12.6 in conference play), and Hudson is a big moment waiting to happen leading the team with 9 dunks. He was key in defending current Razorback freshman forward Jaylin Williams in Central’s upset win last season over Fort Smith Northside in the state semifinals.

Previously mentioned North Little Rock still has an opportunity to surpass Central if they keep winning. Their only loss this season is to the Tigers 80-73 on January 5th. The *very likely* conference championship game will be February 2nd at Central tipping at 7:30.

Wildcats head coach Johnny Rice eclipsed 200 career wins on January 12th and his team is led by the dominant play of guard DJ Smith who averages 22 points while shooting 54% from the field. Smith has scored 24, 26, and 34 in the last three games. Tracy Steele has been another consistent player at guard averaging 10 points per game.

6-11 big man Kel’el Ware, the 3rd-ranked player in Arkansas for 2022 and 67th in the country, has been out for the previous two games and should help NLR make a run if he stays healthy. Arkansas, Auburn, Illinois, Kansas, and Texas Tech are notable offers currently vying for his services.

Bryant (12-3) is led by UCA commit Camren Hunter who is averaging 21 points per game, along with 6 rebounds and 2.5 steals. In many people’s eyes, Hunter is one of the most underrated players in the state. Kade Ruffner (9 PPG), Will Diggins (7 PGG), and Aiden Adams (6 PPG) are three other key pieces for head coach Michael Abrahamson’s squad.

Bryant and Conway (5-7) sit deadlocked at the 3rd spot with a conference record of 4-3.

Conway has struggled to get it going this year after coming off a co-championship season last year, but has played much better in conference competition. After back-to-back losses, the Wampus Cats defeated Catholic Tuesday night 58-36 and face Bryant on the road Friday.

After starting conference play 0-2, Fort Smith Northside (7-9) reeled of four wins in a row before falling to Cabot 63-49 this past Tuesday night. With 6 games remaining, the 4th-place Grizzlies still have to play the conference’s top-3 teams again.